Making the world a better place, one cobot at a time.

Universal Robots is the brand that invented the “Cobot”, the collaborative robot studied to work side by side with operators. The Danish brand developed two series of products. The original CB-Series and from 2018 the new E-Series. For each series, robots from 3 to 10kgs are available and only the E-series has also the 16kgs model. The slogan of Universal Robot is “Dedicated to making the world a better place, one Cobot at a time”. In other words being able to give to anyone the robotic technology, from the small company of 5-10 employees to the larger ones. 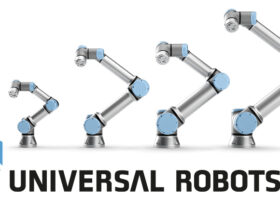 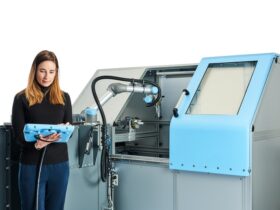 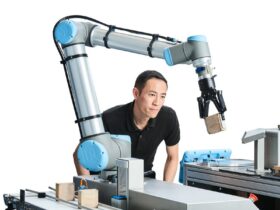 Here is a quick overview on the UR history.

2005 was the year of Universal Robots foundation by Esben Østergaard, Kasper Støy, e Kristian Kassow, a little team of researchers of Denmark University. Still today Denmark is the location of the UR main production plant.

In 2008 the first collaborative robot of UR was sold. It was the beginning of the business, a robot with a simple interface, easy to use for everyone.

In 2012 the first generation of UR10 for heavy work and a greater range of motion was launched.

The 2015 Universal Robots was acquired by Teradyne, one of the main players in the automation industry. Thanks to the power and resources of the new organization UR was able to establish a better company structure. That year also the UR+ platform was launched.

2018 was the year of E-Series presentation, this gives to the user a greater experience in the Robot programming and in its flexibility. The following year the UR16kg was launched to complete the range of Universal Robots.

Check out SUBCATEGORIES of: 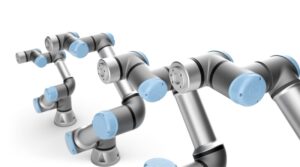 The “E-Series of Universal Robots represents from 2018 the new market...

Do you want to request info on this product?

Fill out the form below and we will reply as soon as possible.